On A Quest For...Always Looking For Something New

You never know what you're missing out on, if you don't try something new every once in a while. Always looking for something new led me straight to Hardin Farms and Market Too out Hwy 165 toward Scott, AR yesterday. Sandwiches, BBQ, fresh vegetables, homemade goodies, ironwork, country store items, and catering seem to be just a few of their spectacular specialties. I tried the Cranberry Pecan Chicken Salad Sandwich ($7.99) which was served on sourdough along with a pickle slice and soon forgot how I had thought the price seemed a little steep. Delicious! Also, brought home some of Mee Mee Deb's Pimento Cheese ($5.99) which I haven't been able to stop snacking on since I bought it. Another impulse splurge was various soup packets ($6.99) that are great for gift giving! The mums were beautiful and the pumpkins were priced way under 40cents/lb and it's just too bad I bought mine for 48cents/lb at Wal-Mart the other day.  This is a sweet lil hole in the wall you might want to visit now that autumn has finally made it's way to the Natural State, and it's always nice to find something new as you ramble down the back roads of Arkansas! 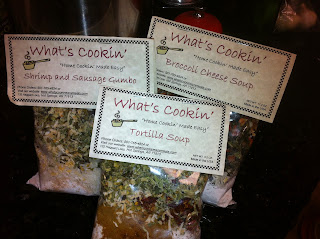 Posted by Dianne Montgomery Hocut at 9:16 AM No comments:

So That's What The Problem Was At The AR Arts Center This Summer...

Read in the newspaper this morning that the Arkansas Arts Center laid off three marketing staff employees this past Monday and hired Stone Ward Advertising to help them out of their 'unfortunate' situation. The article went on to say that the Arts Center had laid off two staff members in June as well.

Hummm.....I knew something was really wrong at the Arts Center because I had read about their financial hardship from a low performance of the 2009-10 Pharaoh's exhibit. I also read where Alice Walton (THANKS AGAIN, ALICE) gave a whopping $1 million to help them out. And on a more personal note, I had taken an art class there this summer and had a heck of a time getting them to take my money for the class. Finally after two months, numerous phone calls, conversations, and emails, they deposited my check of $204. Didn't realize they were working as a skeleton crew.

I do hope the Arts Center turns itself around with the innovative ideas of Millie Ward, co-owner of Stone Ward who plans a lot of new happenings such as:

Hard to believe this fine organization hasn't (ALREADY) done some of the things mentioned above...oh well, best wishes Arts Center...I don't want my grandkids (or me) to grow up without you!!
Posted by Dianne Montgomery Hocut at 2:14 PM No comments:

On A Quest For...Sprucing UP A FB Timeline

Found these great places online to spruce up a FB timeline. Sure, baby pics, grade schools shots, and vases of flowers are fine for a while but, for more creative ways to express your most inner thoughts and feelings (surely by now your sharing every ounce of your persona [hopefully not non grata] to all other online creatures), check out these cool websites!
I'm very pleased with my new FB timeline...and, I can't wait to change it (fickle, fickle)...so many options!! Remember, maneuver the web carefully, it is your friend...
Posted by Dianne Montgomery Hocut at 10:11 AM 4 comments: